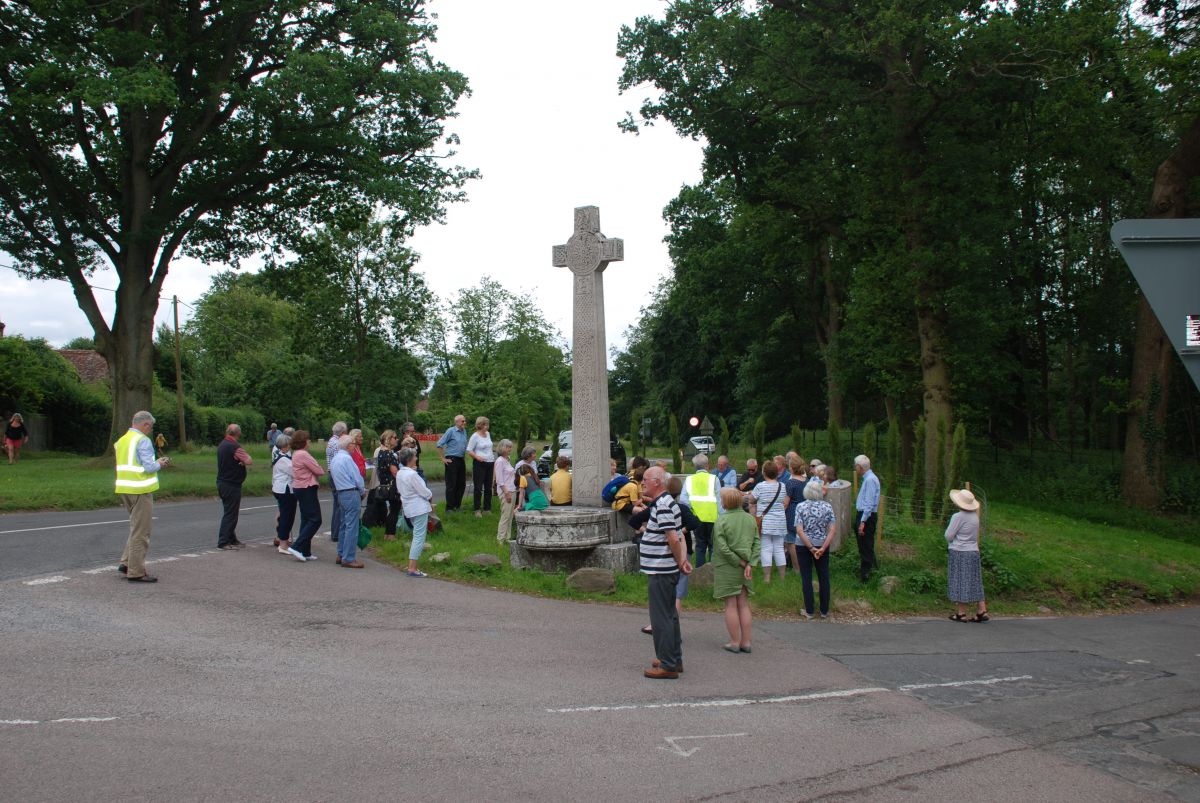 The Parish Council with support from DBC Councillor Terry Douris have funded the restoration of the Lady Marian Alford Memorial and to celebrate the completion of the works a little ceremony of thanks and rededication of the memorial was held on Tuesday 19th June 2018. Roger Bolton explained to the gathered audience a little of the history of Lady Marian and the Vicar John Russell re-dedicated the memorial, then Councillors Rachel Heaphy and Lyn Hyde offered everyone cream teas

Lady Marian died in 1888 and a collection was taken for a memorial.  The donors ranged from Victorian nobility to her estate workers.  The cross and seat at the entrance to Ashridge Park were erected in her memory and were unveiled three years later in 1891 on her birthday, Sunday 21st June. For some years after Mrs Wheatley, wife of Lord Brownlow’s Estate Agent, kept alive the memory of Lady Marian’s goodness among the children of Little Gaddesden by distributing bags of sweets each year to children gathered near the cross on the anniversary.

This website uses cookies to improve your experience while you navigate through the website. Out of these cookies, the cookies that are categorized as necessary are stored on your browser as they are essential for the working of basic functionalities of the website. We also use third-party cookies that help us analyze and understand how you use this website. These cookies will be stored in your browser only with your consent. You also have the option to opt-out of these cookies. But opting out of some of these cookies may have an effect on your browsing experience.
Necessary Always Enabled
Necessary cookies are absolutely essential for the website to function properly. This category only includes cookies that ensures basic functionalities and security features of the website. These cookies do not store any personal information.
Non-necessary
Any cookies that may not be particularly necessary for the website to function and is used specifically to collect user personal data via analytics, ads, other embedded contents are termed as non-necessary cookies. It is mandatory to procure user consent prior to running these cookies on your website.
SAVE & ACCEPT